Naturopathic Word of the Day: Sirtuins

Sirtuins are a class of longevity genes which function as universal regulators of the aging process in all living organisms. It appears that the activation of these genes extend life by initiating processes in the body which slow metabolism and increase oxygen uptake. The result: up to a 60% extension in life, which could mean a life span of up to 140-160 years of age. Can you imagine? Scientists have not completely unlocked all the secrets and minutiae implicated in the activation of this segment of our genetics. The potential to one day do so is impressive, to say the least. In the interim, you can always visit your neighbourhood Naturopathic Doctor to find out what changes you can make to slow down your cellular aging process.

Got Milk? Perhaps You Can Actually Skip It.

Part of the problem is that the milk you bring home from the grocery store comes from modern dairy farms, where milk is mass-produced 300 days of the year. For much of that time, these dairy cows are pregnant. The hormones contained in the cow’s milk increase as her pregnancy progresses.

The milk we drink today is quite unlike the milk our grandparents and great grandparents were drinking. Before the advent of mass-produced milk, cows were milked for human consumption approximately five months a year, and certainly not when cows were in their later stages of pregnancy, therefore minimizing the amount of estrogen in the milk consumed.

It is thought that cow’s milk accounts for 60-80% of the estrogens consumed (WOW!), further contributing this idea that we live in an “estrogen dominant” society. For comparison’s sake, it is thought that a dairy cow in the later stages of pregnancy excretes as much as 33 times as much estrogen (in the form of estrone sulfate) than its non-pregnant counterpart.

The link between heightened cancer risk and dietary estrogen was examined in 42 countries. Curiously, the rates of testicular cancer among men aged 30 to 39 are higher is places such as Switzerland and Denmark, where cheese is a national food, and lowest in Algeria and other countries where dairy is not widely consumed.

What can you do?

Of course there are not going to be any radical changes in the dairy industry and this of course is not the only factor that needs to be considered when examining the pros and cons of dairy consumption as we often think “milk does a body good”.

However, if you are consuming cow’s milk to get your daily dose of calcium, perhaps this is a reason to explore other sources – green leafy vegetables, carrots, and other tasty dairy substitutes (goat, almond, rice or soy milk).

Also, you can help yourself reduce your dietary estrogen consumption by swapping your homogenous milk (containing 3.25% fat) and even 2% milk for 1% milk or skim milk (as hormones reside in milk fat).

If you have great dairy alternatives you use, please let us know! We look forward to hearing your thoughts and recommendations! 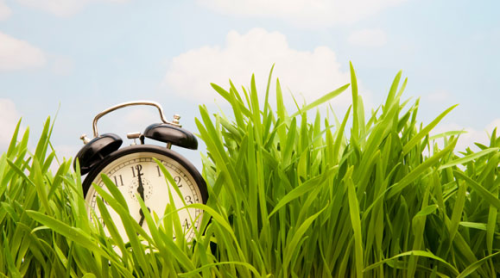 What’s not to like?  Days become longer and warmer so you can spend more time with your family and loved ones.

24 hours without sleep is roughly equivalent to consuming enough alcohol to be considered legally drunk!

Not sure if you are sleep-deprived? A good question to ask yourself is do you wake up in the morning feeling rested?

Some tips for you to help improve your quality of sleep:
– Get to bed at a regular time each night, before midnight.
– Sleep in complete darkness.
– Keep the bedroom only for sleep so your mind associates it with sleep alone.
– Get exposure to ample amounts of sunlight to help entrain your circadian rhythms (biological clock).

Contrary to what they tell you, ordering a venti Cafe Americano from Starbucks or grabbing a Red Bull (or another energy drink) from your local convenience store is not an adequate substitute for quality sleep.

If you don’t snooze, you lose.